Business and Economy of Jamshedpur

Bestowed with the honor of being the first industrial city of India, Jamshedpur rules the chart when it comes to contributing to the business and economy of the state of Jharkhand and consequently India. The city not only takes pride in housing the brainchild of a progressive businessman like J.R.D. Tata, The Tata Steel, but also speaks of its economic glory through the existence of well-established conglomerates such as the 6 BOC Gases, Tata Motors, Tata Ryerson, Usha Martin, Lafarge Cement, Praxair, Tinplate, Tata Power, Telcon, Tata Robins Frazer or TRF, Tata Steel Growth Shop (TGS), Tata Bluescope,Timken India, Jamshedpur Injection Powder (JAMIPOL), Tayo Rolls, Tata Pigments, Tata Tube Division, Indian Steel and Wire Products Limited (ISWP), Uranium Corporation of India (UCIL), and Jamshedpur Utilities and Service Company (JUSCO). 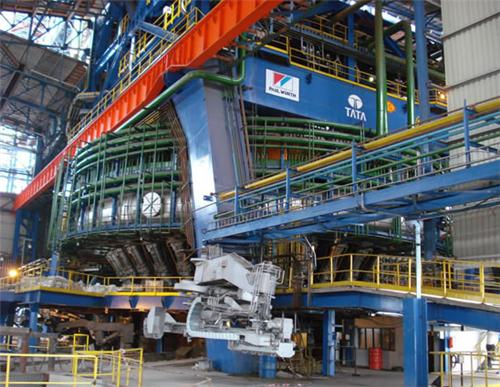 Two major factors have led to the development of the city of Jamshedpur as a full-fledged industrial city. These factors are existence of minerals like coal, manganese, lime and iron ore in plenitude in the areas around Noamundi, Jamadoba, West Bokaro and a major rail network that facilitates accessibility as well as the transportation of raw materials to the city.

The major industries of Jamshedpur that enable the city to enjoy the status of a major industrial city of India are the following:

Jamshedpur takes the pride of being the first planned industrial city of India. Founded by Jamshedji Nusserwanji Tata it is also known as Steel City. The city is considered economic capital of Jharkhand and is well connected via rail and road services. The intra city road network is very large and planned.
Established by J.R.D. Tata in 1907, The Tata Steel enjoys the status of being the oldest and largest iron and steel producing plant in India. It is the largest industry in Jamshedpur. Occupying approximately 1/5th portion of the total city area, this industry plays a pivotal role in the development of the economy of the city.

Established in 1945, The Tata Motors is the second major industry of Jamshedpur. Tata Motors Limited previously called TELCO, short for Tata Engineering and Locomotive Company is a subsidiary of the Tata Group. It is known for manufacturing both light and heavy vechiles. Today it is second-largest bus manufacturer and fourth-largest truck manufacturer by volume.Covering an area of 822 acres, the industry manufactures high quality medium and heavy commercial vehicles and their parts. The plant is the largest of its type in India.

Located in Jojobera Jamshedpur, this coal fired captive power plant mainly caters to the power requirements of the people of the city and its neighboring regions. It has a capacity of 550 MW and has four units. The electric utility company is part of the Tata Group and is engaged in the generation, transmission and distribution of electricity. With 8500 MW installed electricity generation capacity , it is India's largest private power producer.

Being an industrial hub in Jharlkhand, Jamshedpur in recent years has witnessed setting up of many famous multinational companies. One amongst then is British Oxygen Company which made its appearances in 1998 and since then has emerged as a major generator of employment in the city. One of the Asia's largest Air Separation plants, the British Oxygen Company has been making significant contributions to the economy of Jharkhand in general and Jamshedpur in particular.

Located in Jojobera Jamshedpur, this cement plant was earlier known as Tata Cements. It got its new name as the French giant Lafarge bought the plant in 1998. The plant with capacity of 3.4 MTPA of Cement Portland Slag Cement (PSC) and Portland Pozzolana Cement (PPC) is a major supplier of cement to other parts of the country and world.

Beginning its journey in Gamariha near Jamshedpur by setting up a steel plant with wire rod rolling mill in 1959, today it owns an integrated steel manufacturing facility of 400,000 MT per annum in Jamshedpur.

The list goes on and on with major contributions to the business and economy of Jamshedpur being made by more well-established industries such as Tata Ryerson, Tata Robins Frazer or TRF,Tata Pigments, Telcon, Timken India, Tata Bluescope, TGS, TAYO, JAMIPOL, Tata Tube Division, ISWP, UCIL, and JUSCO.

With the presence of so many industrial units Jamshedpur is ideas placefor banking institutions. Today you can find scores of banks serving different sections of the people. These financial institutions play a pioneering role in strengthening the Economy of Jamshedpur . Be it the State Bank of India or Central Bank of India, Allahabad Bank and Punjab National Bank you can find all and more in this part of Jharkhand. Presence of private banks the HDFC Bank, ICICI with their ATMs across the city is quite commendable.

Business centers around core and heavy industries in Jamshedpur. This is the reason why it is known as an industrial city. Being rich in minerals such as iron ore, coal, mica, granite, copper, bauxite, and chromite, Jamshedpur facilitates the operation and development of industries that require use of these minerals. The major businesses that benefit from this rich resource storehouse of minerals include steel, commercial vehicles, power, cement, construction equipment, industrial equipment, vehicle engines, tin-plate etc. This explains the presence of plethora of heavy products industries in the region. Jamshedpur exports mineral products to various countries such as Saudi Arabia, Bangladesh, South Africa, and Nepal. The mineral resource sector has given a major boost to the economy in Jamshedpur.

Jamshedpur also earns some revenue from the tourism sector. The existence of various places of religious and archaeological significance, lakes, hills, and wildlife attracts the tourists. However, this business sector has not yet been fully exploited.