Sports have from initial times played a very important role in everyone’s life. Infact sports should be a part of daily life. It makes us disciplined and also teaches us not only how to win but also how to lose like a gentleman! In fact you can gauge the character of an individual by how he plays any game! Hours of hard work put in by the sports persons is what we see sitting as spectators inside big stadiums. Confidence comes from discipline and training. So, gold medals aren't really made of gold. They are made of sweat, determination, and a hard-to-find alloy called guts.

The people of Jamshedpur are interested in sports like badminton, archery, cricket, adventure sports, football, hockey, tennis, volleyball, boxing, power-lifting, athletics, judo, chess, bridge and so on. A number of state-of-the-art stadiums in Jamshedpur cater to their love for sports. Tata Steel Company is known for its commitment to sports and has encouraged sports training activities in Jamshedpur for years now. Jamshetji mentioned in one of his letters to his son,''... be sure that there is plenty of space for lawns and gardens. Reserve large areas for football, hockey and parks...'' 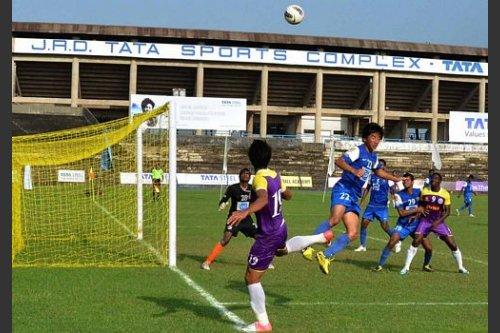 Jamshedpur have Sports clubs ranging from organizations whose members play together, unpaid, watched mostly by family and friends, to large commercial organizations with professional players attracting sometimes very large crowds of paying spectators. There are clubs dedicated to a single sport, or to several (multi-sport club). These clubs have various sports such as football, basketball, cricket, volleyball, handball, bowling, track and field athletics, boxing, baseball, cycling, tennis, gymnastics and others.

Jharkhand being land of tribals has always shown keenness for archery. To shape the hidden talent in the region various initiatives were taken by Tata group. Setting up of Tata Archery Academy is an example of the initiative. No doubt archery has always remained is a popular sports among tribals in this region. Tata Archery Academy renders coaching in this sport and is well equipped with coaching facilities, hostel, gymnasium, archery ground with flood lights etc. 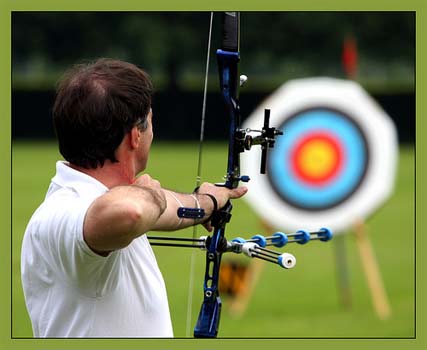 Four year archery course is imparted to selected girls and boys in the age group of 13 to 18 years of age. They are imparted formal education along with training in this sport. A number of archers have won accolades for the country in National and International archery Events. Deepika Kumari and Jayanta Talukdar of Tata Archery Academy have represented India in London 2012 Olympics.

Tata's have always played a vital role in uplifting the level of sports in Jamshedpur. Sports facilities in Jamshedpur are among the best in the country. Cricket is one of the favorite sports played in this part of Jharkhand. In the city you can find many cricket clubs that groom your players for future. The craze and popularity of cricket is evident from the fact that one of the best cricket stadium namely Keenan stadium is located in Jamshedpur. Kennan Memorial Stadium is centrally located in Jamshedpur. It is owned by Tata Steel. It is a multi-purpose stadium but is used mostly for cricket matches. This stadium is named after the former general manager of the Tata Steel, John Lawrence Keenan and is situated in Bistupur. The stadium has a seating capacity of approximately 20,000 people. The stadium was built in 1939. The Keenan Staadium; has also hosted Ranji Trophy matches. Stadium has also hosted international matches. The first international match was held in December 1983. 9 One Day International matches have been held in the stadium till now.

The Tata Football Academy plays an important role in the field of football in Jamshedpur. Till date it has produced many outstanding players and is continuing to do so. It provides training to footballers. The training in Academy is provided in the most scientific way to improve the standard of Indian Football. Established in 1987 it is a residential academy which imparts training to young sports persons of 14-15 years of age to match international standards in the game. The academy is spread over an area of 25,000 sq. feet with all modern amenities required for this sport. Formal and vocational training is also imparted to the students for all-round personality development. Playing kit and medical care along with stipend makes it easier for the sports men to pursue their passion. Around 25-30 candidates are selected every year and imparted education and training in Football.


Other famous sports in Jamshedpur

Apart from cricket and football there are many that are liked and practiced in this region of Jharkhand. Tata Athletic Academy trains young sports persons and provide other facilities like personality development , free education, monthly stipend, medical care, clothing playing kit free boarding and lodging etc. The cadets of this academy have brought laurels for their Alma mater. Horse Riding is another famous attraction in this region. Jamshedpur Horse Riding Club imparts training in horse-riding to both children and adults. Fine elegant horses standing in green picturesque surroundings capture your interest anyway. All safety procedures are taken care of during coaching classes in riding. 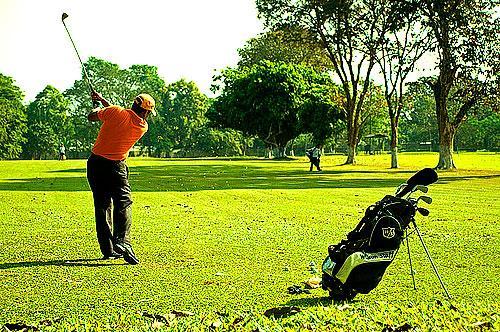 Golf is also very popular in Jamshedpur. There are two Golf Courses in Jamshedpur - one is Beldih Golf Course and another is Golmuri Golf Course. The main Golf event to vouch for is the Tata Open Golf Tournament which is held every year. Both are well maintained Golf grounds with green grass overseeing Dalma Hills in the back ground.Water sports can be enjoyed in Dimna lake. These include speed boats, row boats, paddle boats etc. Canadian canoes and kayaks are also there for adventure lovers.