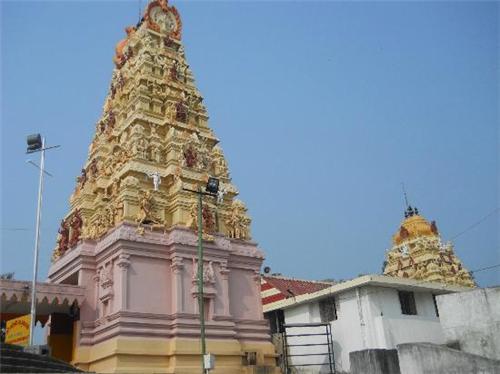 This Bhuvaneshwari Temple is situated on the top of telco hill at a height of about 500 ft. One can get a panoramic view of the city including the TELCO factory from the temple complex. There is a river near a temple. The temple is as famous as a worship as it is as a tourist attraction in Jamshedpur. The officials of the temple have also launched a Vedic learning project which includes informal classes. It is not allowed to carry pets inside the temple complex.

The Sree Krishna temple is located in the Bhuvanagiri temple comlex in the Telco Colony. The Sree Krishna temple was established in 1987 by the Keraleeya Adhyatmika Samithi. It is located on the top of a hill. The main deity of a Temple is Lord Mahavishnu, in the form of Shree Krishna. The temple was built by side of the Bhuvaneswari temple. Apart from these, there is a Maha Ganapathy Temple, Hanuman Mandir, Ayyappa Temple and a Navagraha Temple in the complex. Themajor attraction are the Mandapams in the temple complex. These Mandapams are used regularly by devotees for spiritual congregations as well as for marriages that are conducted in the temple. Recitation of Narayaneeyam is given a lot of importance in the temple. The main festival celebrated in the temple is connected with the installation day of the lord. This festival is a three day festival. It is celebrated with religious rites and great enthusiasm by the people of Jamshedpur. 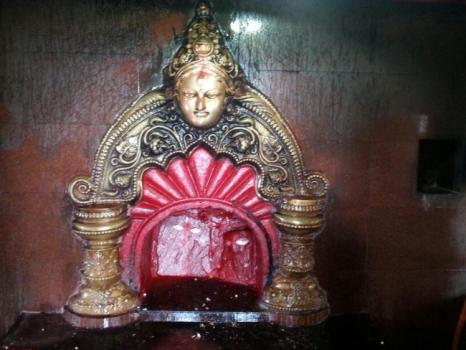 Gol Pahari Mandir is situated outside the main city. As the temple is located on the top of a beautiful hill it is also famously called Pahari Mandir. The main worshiped deity of Gol Pahari Mandir is Pahari Mats. People from all over the country come here to worship the divine deity. The temple is very peaceful hence a lot of devotees visit this temple to look for some serenity. An annual event is also celebrated in the temple. This festival is celebrated at a very grand scale and is a delight for the devotees to attend.
Address: Golpahari, Parsudih, Jamshedpur, Jharkhand

Kali Temple in Jamshedpur is said to be one of the holiest shrines in Jamshedpur. People come here to pay their respects and homage to the Goddess Kali on every auspicious occasion. Kali puja in the temple has been organized for the past 27 years. It is believed that in the early 1940s Subhas Chandra Bose’s mother was the first non-Brahmin to perform a yagna at the temple. The temple is located near the Loyola School, just opposite Beldih Club.