Effective public utility services are crucial for the development of a state or city. Jamshedpur being a well-planned industrial city scores high in this domain. Be it water supply, security of the local inhabitants, transportation, banks, electricity or any other services necessary for a smooth functioning of the city life, Jamshedpur efficiently caters them all and more. The government carries out the role of providing infrastructure development, issues concerning the safety and the security of the citizens, emergency services and other utility services with utmost sincerity, leading to enviable results.

Jamshedpur is the only city of India in which most of the public utility services are managed by a private company called the Jamshedpur Utility and Services Company (JUSCO). Prior to JUSCO, the town division of Tata Steel was providing all municipal services to the township since it was set up in 1907. In 2004, the division was hived off to form JUSCO, which now manages the city’s water, electricity, sewage, roads, municipal services, solid waste management and integrated township maintenance.

The Jamshedpur Utilities and Services Company (JUSCO) came into being in 2004. Carved out of Tata Steel, the company was established with the aim of providing excellent infrastructure and utility services to the people of Jamshedpur. The company has carried out its functions in the areas of civil and electrical maintenance, water management, solid waste management, power distribution and engineering procurement and construction with utmost competence and commitment and the various national awards won by it for its services prove that.

JUSCO functions under the chairmanship of Mr Sandipan Chakravortty. Mr. Ashish Mathur is the Managing Director of the company.The contact details of JUSCO are as follows:

JUSCO caters to the drinking water needs of Jamshedpur’s population of approximately seven lakh people. It also provides a steady supply to conglomerates of the city such as Tata Steel, Tata Cummins, Timken, Tata Motors, Lafarge, etc. With the use of state-of-the-art electromagnetic bulk meters, JUSCO continuously monitors water flow and losses on a real-time basis. This has led more than 20 per cent reduction in loss of water.

JUSCO not only supplies quality tap drinking water, but also treats 60 million litres of waste water each day at its two sewage treatment plants.Thanks to the innovative 'river to river management' concept adopted by JUSCO, Jamshedpur shines as a city that treats 100% of its wastewater. By using this concept, the company pumps back the whole town’s waste water into the river after treatment and testing. This ensures a healthy supply of water and reduces pollutant discharge by 98 per cent. The water is said to be so safe in Jamshedpur that you can drink it straight from the tap.

The Power Services Division of JUSCO is responsible for the purchase, sale and distribution of electricity in the city of Jamshedpur. It supplies electricity to over 60,000 customers — domestic, commercial and industrial. Jamshedpur’s average consumption of electricity is 800 KWH and is growing at 4 to 5 per cent per annum. JUSCO makes the electricity available to people at comparatively low-tariffs.

JUSCO also regularly undertakes initiatives in the areas of immunization, health education and veterinary services like sterilization of stray dogs. When it comes to maintaining the green environment of the city, Jamshedpur’s commitment is unparallel. It not only makes efforts in managing the solid waste of the city and keep the city clean, but also regularly initiates tree plantation drives and upkeeps the parks and gardens of the city. 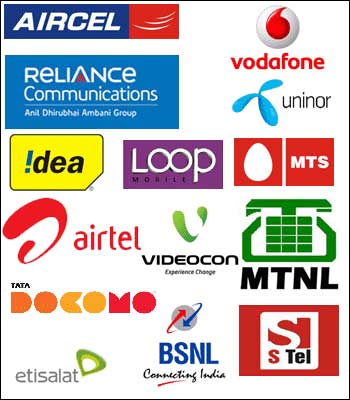 In the city you can also find authorized dealers of several mobile companies. In recent years Jamshedpur has emerged as a hub of telecommunication network services in Jharkhand.

Jamshedpur is well connected to the rest of India by rail and road. Infact it enjoys robust transportation network.The National Highway No. 33 connects the city to other parts of the state of Jharkhand and the country. The railway station of Jamshedpur is named after the most prominent industry of the city, The Tata Group and called the ‘Tatanagar Junction’. Jamshedpur has a small airport where smaller size aircrafts can land. Not very far from the city are two main airports; Netaji Subhash Chandra Bose Domestic & International Airport at Kolkata (260 km) and Birsa Munda Airport at Ranchi (130 km).

Safety and Security in Jamshedpur

It is the government’s duty to take care of the citizens and the state police are responsible for the safety and the security concerns of the local inhabitants. With the rise in population and the increased instances of crimes, the role of the police becomes all the more vital in ensuring peace in the city. Well maintained police stations in the city which station some of the most capable policemen ensures order and peace in the city.

To protect the people of the city form the dangerous flames of fire, the city of Jamshedpur has the following fire brigades stations:

Jamshedpur being an important industrial city of India has huge number of nationalized and private banking institutions. These institutions offer customer friendly services and facilitate appropriate functioning of the industries and other institutions. Most of nationalized and private banks including Allahabad Bank, Andhra Bank, Bank of India and Bank of Baroda, ICICI Bank, HDFC Bank and many others have their branches in the city of Jamshedpur.